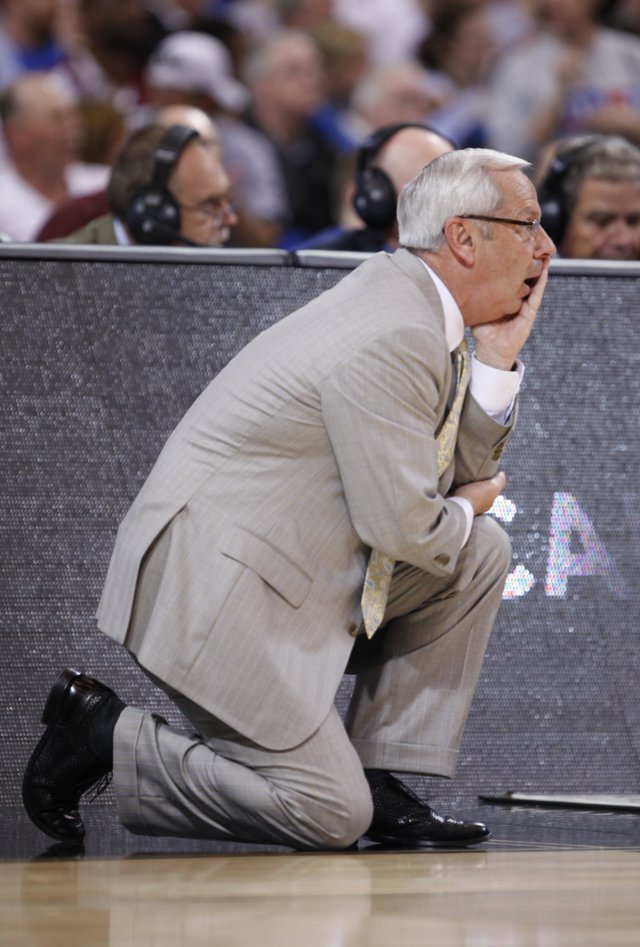 North Carolina head coach Roy Williams watches late in the second half on Sunday, March 25, 2012 at the Edward Jones Dome in St. Louis.

North Carolina men's basketball coach Roy Williams had been in this position before. More times than he would care to count, in fact.

Have never had nothing but love for Roy, but I have never been happier to have HCBS to be our coach now and set the tone going forward!!!!! RCJH