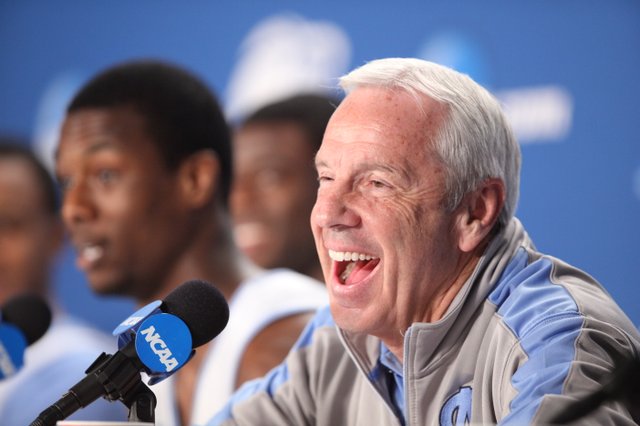 North Carolina head coach Roy Williams laughs as his players talk about video games during a press conference on Saturday, March 24, 2012 at the Edward Jones Dome in St. Louis.

Shortly after Kansas University's run to the 2008 national championship was complete, North Carolina coach Roy Williams took quite a beating from the folks in Chapel Hill, N.C., for wearing a Jayhawk sticker and supporting his former school during the national title game against Memphis.