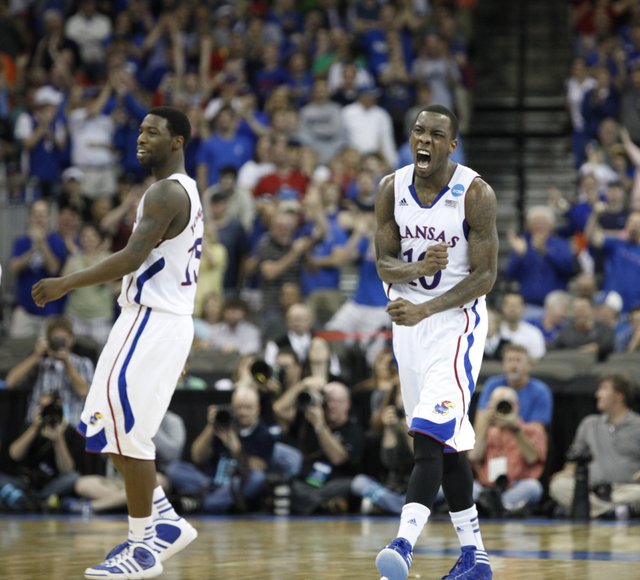 Kansas guard Tyshawn Taylor goes wild after a three by teammate Elijah Johnson, left, put the Jayhawks up by one for their first lead of the game against Purdue during the second half on Sunday, March 18, 2012 at CenturyLink Center in Omaha.

Tyshawn Taylor pulled his Kansas University basketball jersey over his head, breathing a quick sigh of relief. Teammate Elijah Johnson thrust his hands high in the air, celebrating with fans who were dancing in the aisles of CenturyLink Center after the final horn sounded in KU’s 63-60 NCAA Midwest Regional victory over Purdue on Sunday.