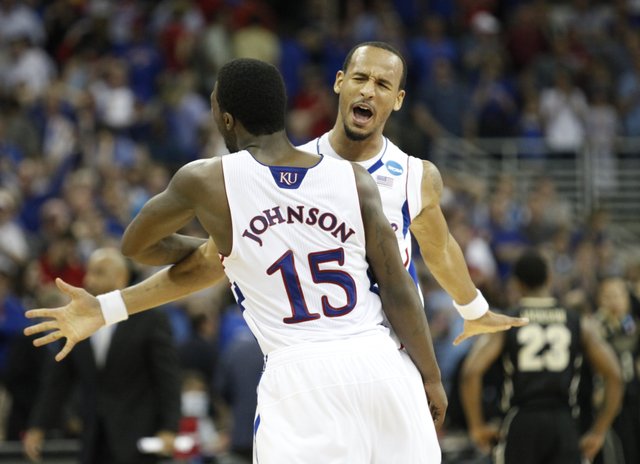 Kansas teammates Travis Releford and Elijah Johnson celebrate the win over Purdue on Sunday, March 18, 2012 at CenturyLink Center in Omaha.

The Kansas men's basketball team is the unanimous pick to win the Big 12 conference according to the preseason coaches poll that was released Thursday.

In the final 3:12 of KU’s 63-60 victory against Purdue, which advanced the Jayhawks to a Sweet 16 match-up against North Carolina State, Johnson sensed somebody had to make things happen, and he didn’t see any reason not to be that somebody.