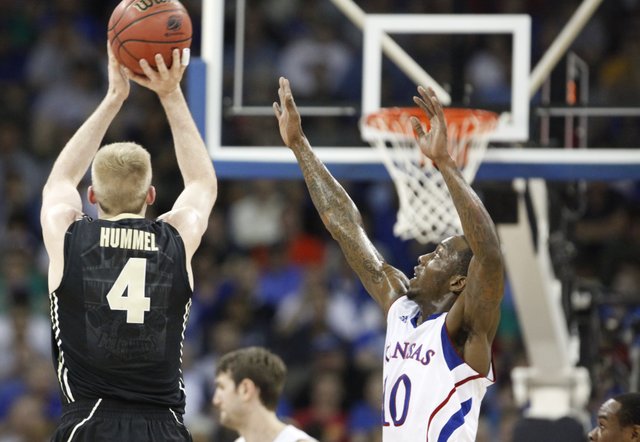 Kansas guard Tyshawn Taylor can't get to a three by Purdue forward Robbie Hummel during the first half on Sunday, March 18, 2012 at CenturyLink Center in Omaha.

For Kansas University basketball fans who believe in omens, Sunday’s 63-60 third-round NCAA Tournament victory against 10th-seeded Purdue had to be a sweet sign. In each of the last three years, the team that has knocked out the Boilermakers in the NCAA Tournament has advanced to the Final Four.