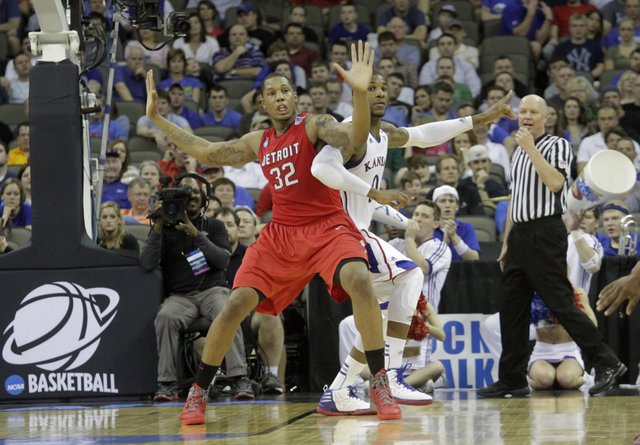 Detroit's Eli Holman (32) and Thomas Robinson (0) fight for position under the basket during the second half of Friday's 65-50 win over the Detroit Titans in a second-round men's NCAA Championship game in Omaha, NE. Robinson had 16 points and 13 rebounds for the game.