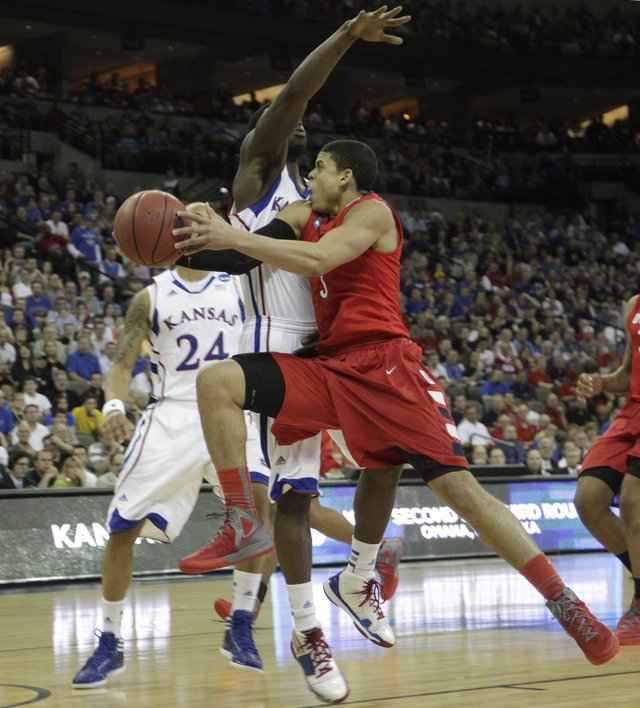 Elijah Johnson (15) defends against a driving Ray McCallum (3) during the first-half of Friday's game against the Detroit Titans in a second-round men's NCAA Championship game in Omaha, NE.

He entered the night billed as the only former McDonald’s All-American on the floor, but played a game more befitting of a Hardee’s all-star.