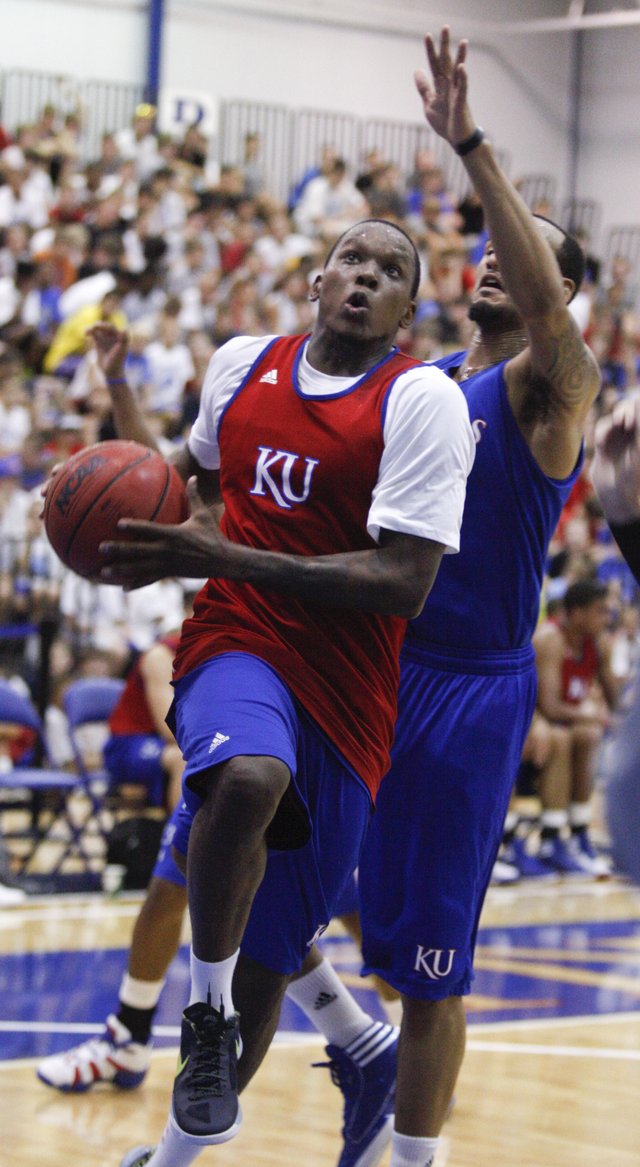 Former guard Russell Robinson heads to the bucket past Travis Releford during a scrimmage on Wednesday, June 20, 2012 at the Horejsi Center. Nick Krug/Journal-World Photo

Set to begin his ninth season playing professionally overseas, former Kansas point guard Russell Robinson was back in Lawrence last week, soaking up the sights and sounds of his second home. By Matt Tait