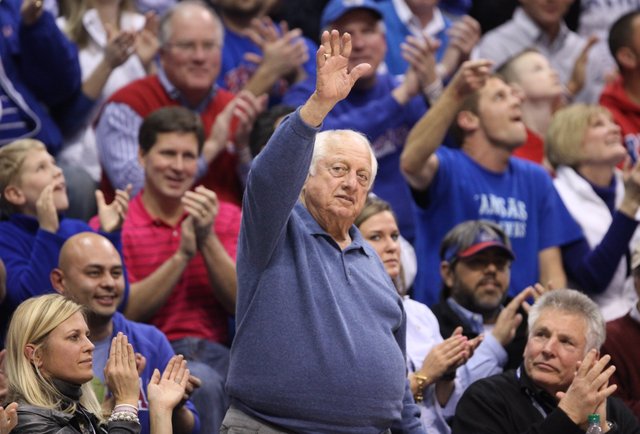 Longtime Dodgers coach Tommy Lasorda waves to the fieldhouse crowd as he is introduced during the second half on Monday, Jan. 23, 2012.