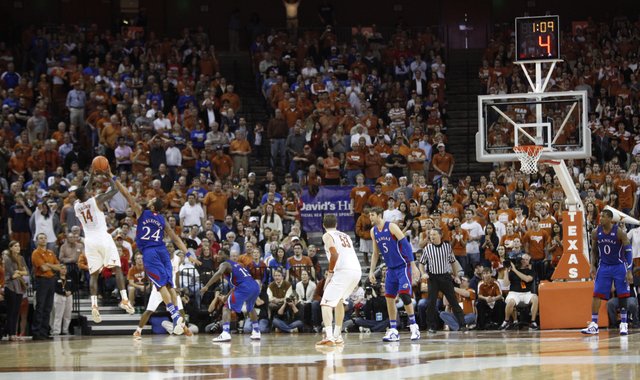 Kansas guard Travis Releford gets a hand on a three to block a shot by Texas guard J'Covan Brown late in the second half on Saturday, Jan. 21, 2012 at the Frank Erwin Center.

‘Big-time players have got to hit big-time shots’

Texas guard J’Covan Brown took Saturday’s 69-66 loss to Kansas University the hardest after missing a potential game-tying three-pointer from the left wing at the buzzer. “If I want to be a big-time player, big-time players have got to hit big-time shots,” Brown said, “and I didn’t make it tonight.”