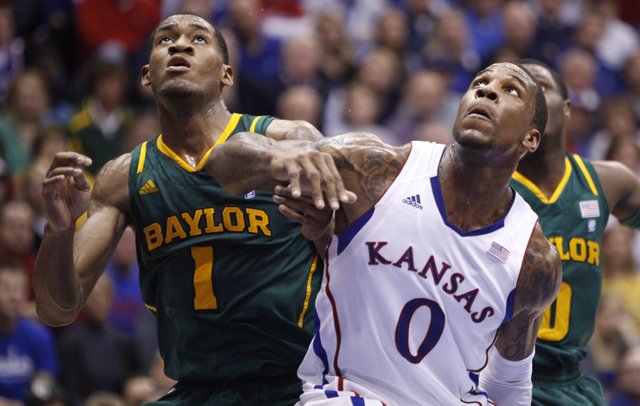 Kansas forward Thomas Robinson wrestles for position with Baylor forward Perry Jones III during the first half on Monday, Jan. 16, 2012 at Allen Fieldhouse.

A certain top-five pick in the 2011 NBA Draft, Perry Jones III elected to return to Baylor University for his sophomore season. His main reason? The desire to remain a carefree, 19-year-old kid at a place he loves.