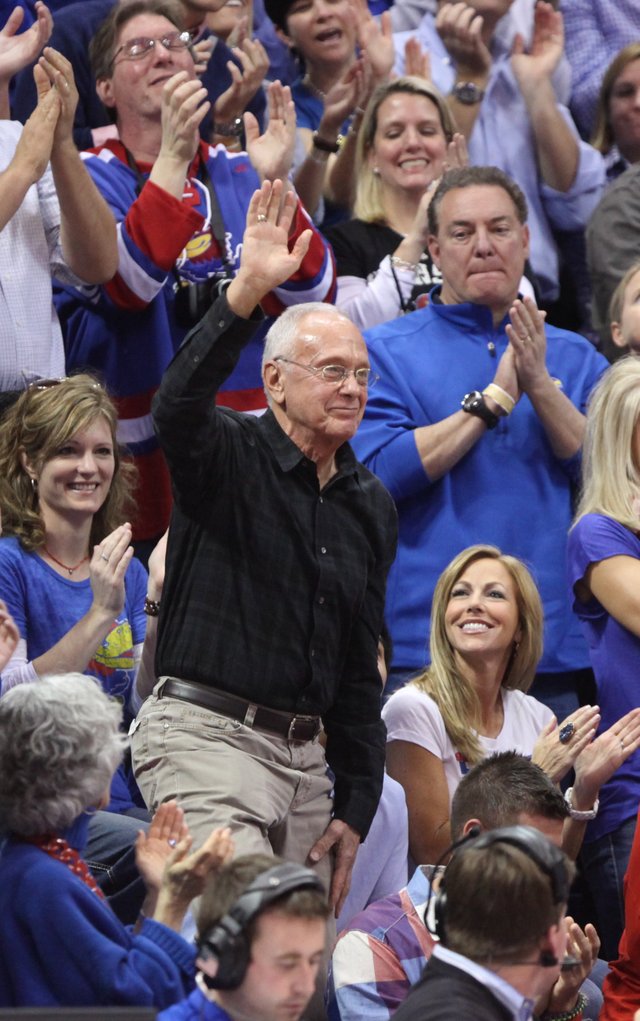 Former Kansas coach Larry Brown stands as he is acknowledged by the fieldhouse crowd during the first half on Saturday, Feb. 25, 2012 at Allen Fieldhouse.

The Morris twins — Markieff and Marcus, who both like to talk — figure to be stars of their Media Day festivities today in NBA cities Phoenix and Detroit, respectively. By Gary Bedore

The man who put KU BB back on the map. No losing seasons since him.