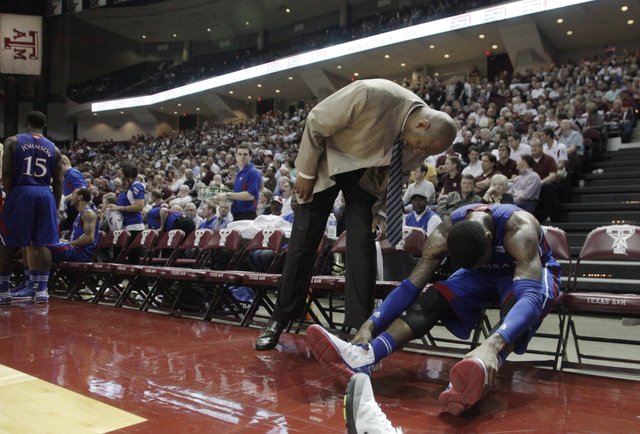 Assistant coach Danny Manning talks to a frustrated Thomas Robinson during a timeout in the second half of the Jayhawks 66-58 win over the Aggies Wednesday, February 22, 2012, in College Station, TX.

While winning a basketball game Wednesday night in Reed Arena, the fourth-ranked Kansas University basketball team also managed to diagram a blueprint for how to make an early exit in the NCAA Tournament.