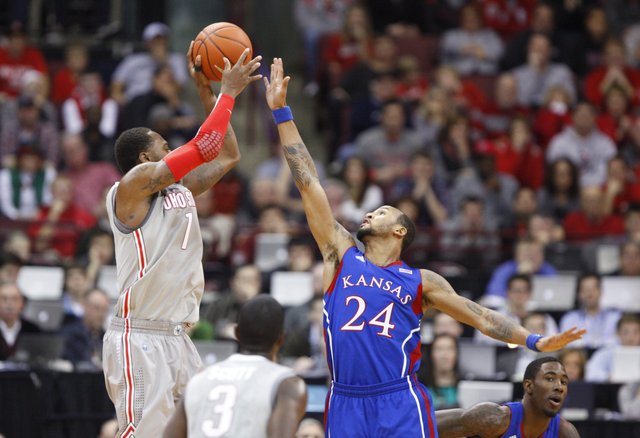 Kansas guard Travis Releford extends to defend against a shot by Ohio State forward Deshaun Thomas during the second half on Saturday, Dec. 22, 2012 at Schottenstein Center in Columbus, Ohio.