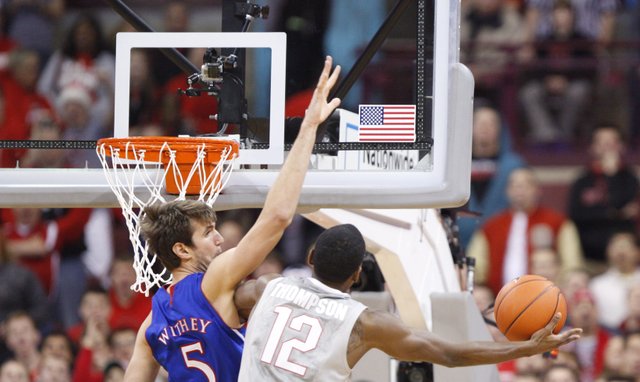 Kansas center Jeff Withey looks for a block against Ohio State forward Sam Thompson during the first half on Saturday, Dec. 22, 2012 at Schottenstein Center in Columbus, Ohio.

The third-leading shot blocker — soon-to-be No. 1 human eraser in Kansas University basketball history — does not look all that menacing on the court. By Gary Bedore

Kansas University’s basketball defense, which received rave reviews for holding Ohio State to 30.8 percent shooting in a 74-66 road victory on Dec. 22, might be a tad overrated at this point, coach Bill Self says. By Gary Bedore