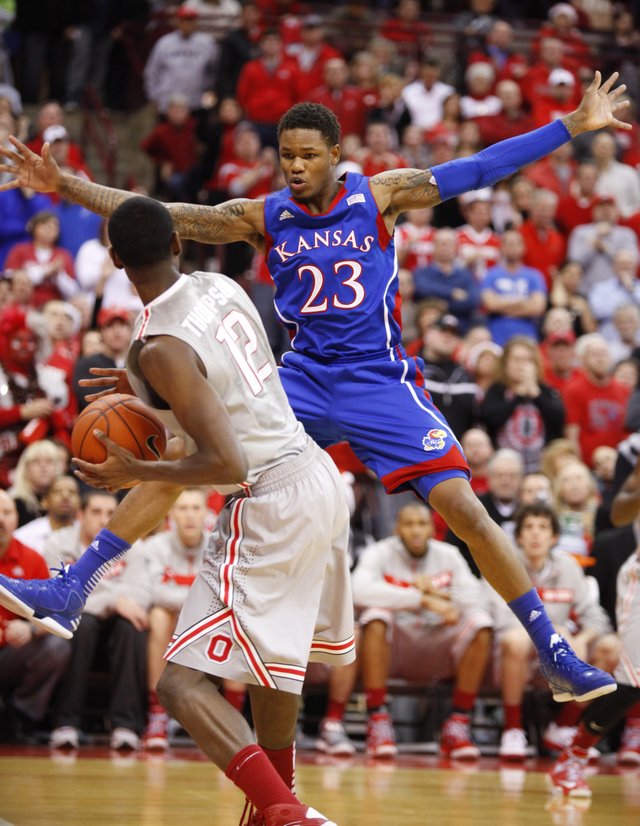 Kansas guard Ben McLemore extends all his limbs as he defends against an inbound pass from Ohio State forward Sam Thompson during the first half on Saturday, Dec. 22, 2012 at Schottenstein Center in Columbus, Ohio.

Former Kansas University guard Ben McLemore was a popular interview target at Thursday’s NBA combine in Chicago. He’s expected to be tapped No. 1 or 2 in the June draft. By Gary Bedore