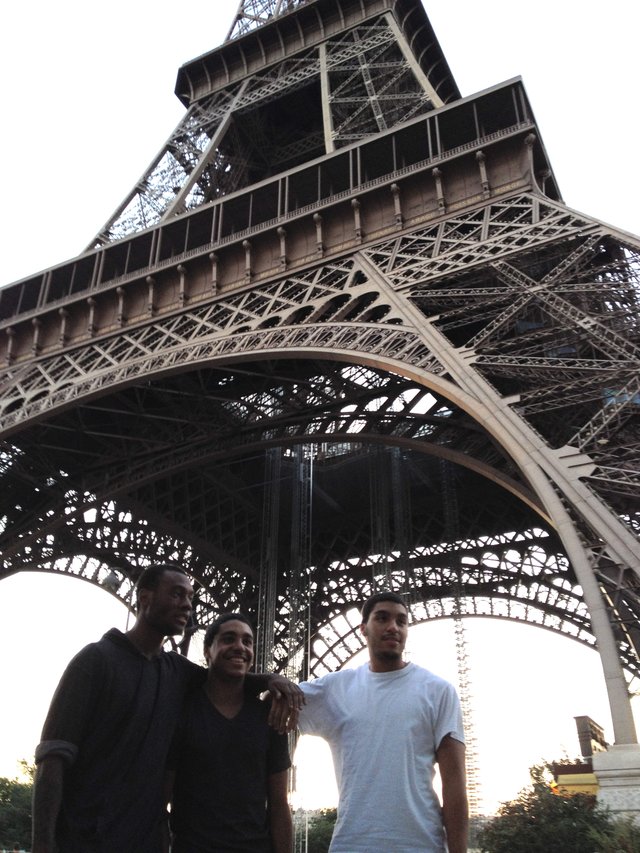 Kansas guard Naadir Tharpe, left, and guard Niko Roberts, right, stop for a photo in front of the Eiffel Tower in Paris with Niko's younger brother Justin on Thursday, Aug. 9, 2012.

From atop the second story of the Eiffel Tower — nearly 400 feet above the city of Paris — Kansas freshman forward Landen Lucas leaned against a railing and tried to describe the view around him.