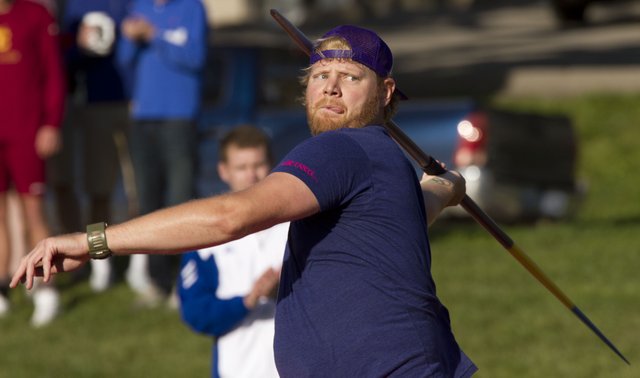 Former Kansas University All-American Scott Russell — who has decided to retire from track and field this summer after what he hopes will be his second appearance in the Olympic Games — opted for nostalgia Friday at his final Kansas Relays. He wore his old pink KU shorts.