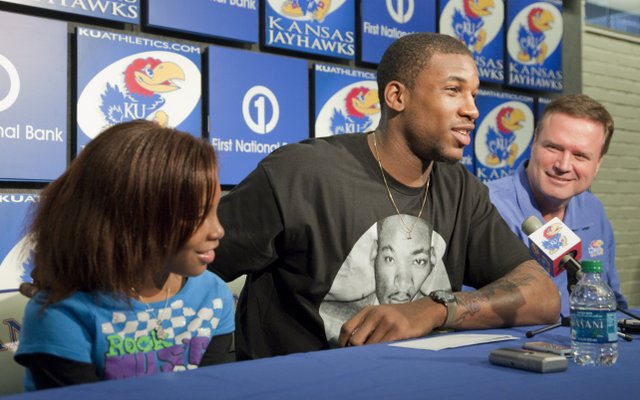 Kansas' Thomas Robinson has declared himself eligible for the NBA Draft, the junior announced during a press conference at Allen Fieldhouse on Monday morning.