Pre-game outside the Superdome 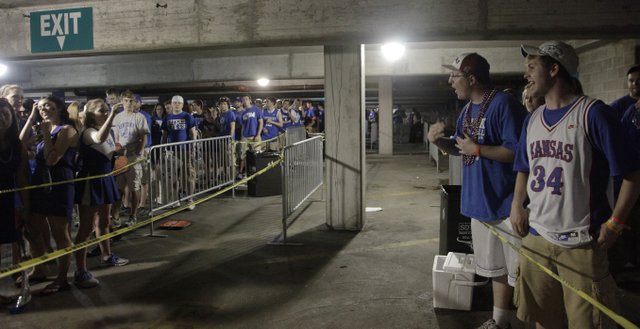 Kentucky fans at left, and Kansas fans at right, humorously kid eavch other about the approaching game. KU and Kentucky fans took shelter in the underground parking at the Superdome as a storm passed over New Orleans before the NCAA Men's Basketball Championship game, Monday, April 2, 2012.