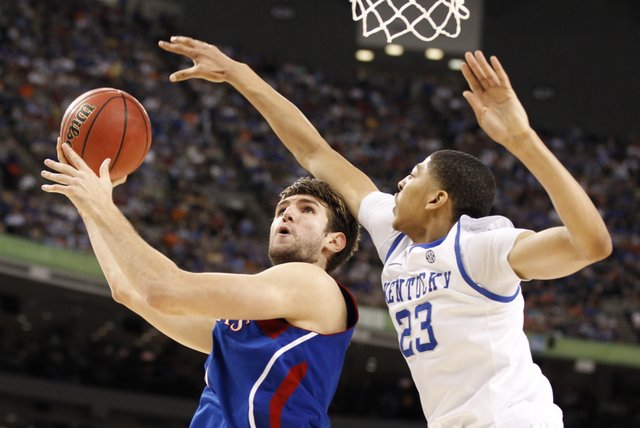 Kansas center Jeff Withey looks for a shot as Kentucky forward Anthony Davis reaches in to defend during the first half of the national championship on Monday, April 2, 2012 in New Orleans.