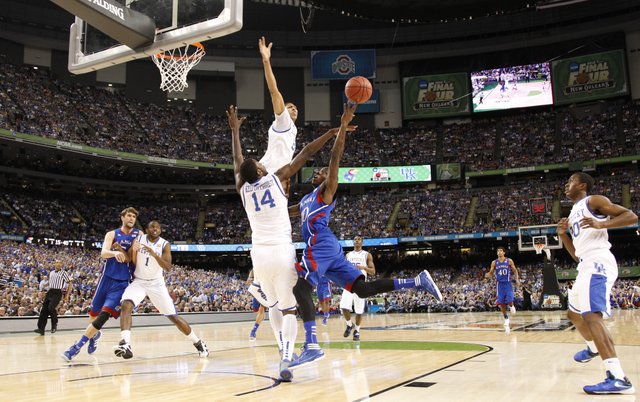 Kansas guard Tyshawn Taylor can't get off a shot under the defense of Kentucky forward Anthony Davis and Michael Kidd-Gilchrist during the first half of the national championship on Monday, April 2, 2012 in New Orleans.

During Monday night’s 67-59 victory over Kansas University in the national championship game at the Superdome, Kentucky center Anthony Davis shot 1-for-10, finished with just six points and was the best player in the game. And it wasn’t even close.