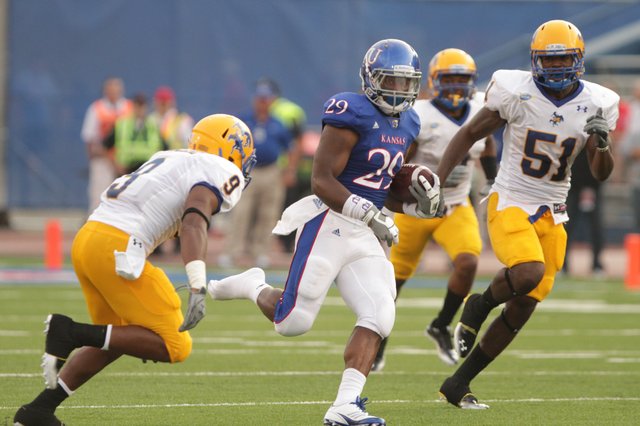 Kansas running back James Sims cuts through a hole as he heads up the field for a big gain against McNeese State during the first quarter on Saturday, Sept. 3, 2011 at Kivisto Field.

Kansas junior running back James Sims has been suspended for the first three games of the 2012 season for a violation of team rules, KU coach Charlie Weis announced Monday.

While realignment talk dominated Monday’s call, there was some football tossed around. Asked who deserved the credit for KU’s solid showing on the ground during Saturday’s 42-24 victory against McNeese State, Gill handed out gold stars to several positions.