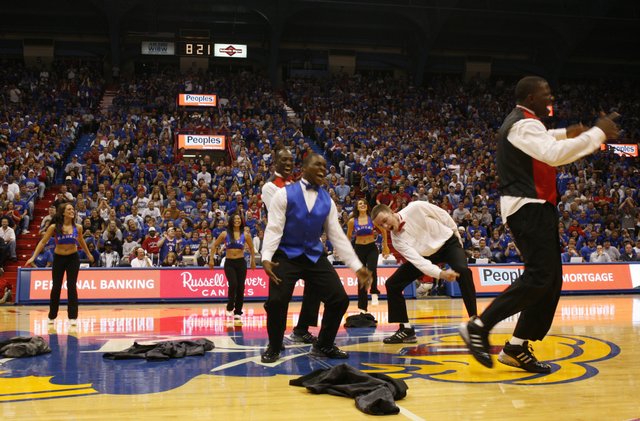 Late Night in the Phog to be featured on ESPNU

Kansas University's Late Night in the Phog will be featured on ESPNU's program "Going Mad of Midnight Madness," a four-hour special that will air on Oct. 16 starting at 8 p.m.

And at 8:56 p.m. on Friday, Oct. 17, a national title banner was unfurled in the south rafters of tradition-rich Allen Fieldhouse. "I almost started crying. I don't think I was the only one. I almost did," sixth-year Kansas University basketball coach Bill Self said after a highly emotional, memorable 2008 Late Night in the Phog. "That was a big-time deal. I can't imagine it being any better than that."