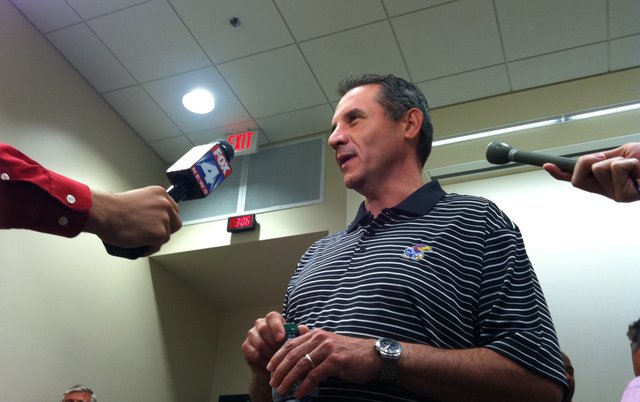 Kansas assistant coach Vic Shealy talks to reporters after being promoted to defensive coordinator on Tuesday, May 31, 2011, at the Anderson Family Football Complex.

A look at KU football’s new base defense

In the past few months, Kansas University’s football team — under new defensive coordinator Vic Shealy — has switched its defense from a 4-3 base formation to a 3-4 base formation. Here’s a closer look at the change.