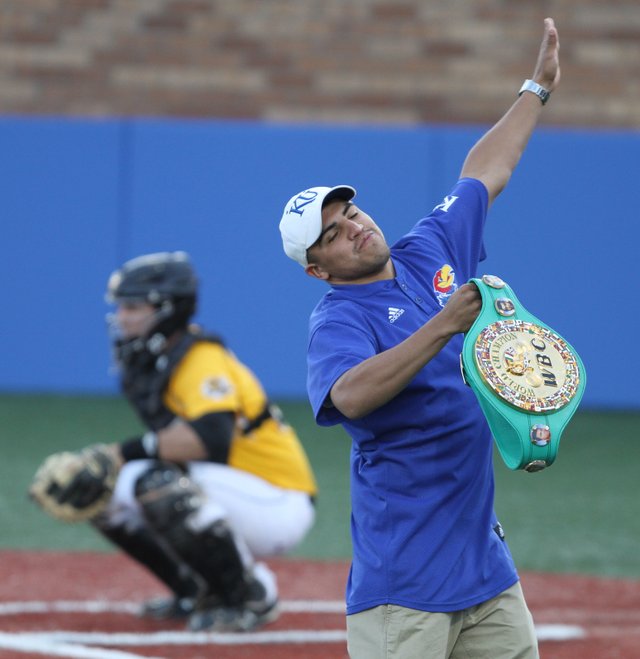 WBC welterweight champion Victor Ortiz waves to the Hoglund Ballpark crowd after being introduced during KU's game against Wichita State on Tuesday, May 3, 2011.

Next to the choice Meryl Streep’s Sophie had to make, the saddest moment in cinematic history just might be Marlon Brando’s Terry Malloy measuring himself as a total failure as a boxer and a human being with the words, “You don’t understand. I coulda had class. I coulda been a contender. I coulda been some somebody, instead of a bum, which is what I am, let’s face it.”

Great story! Hope that Victor at least warrants an appearance and ackowledgement either before the tip or at halftime during a BB game next season.