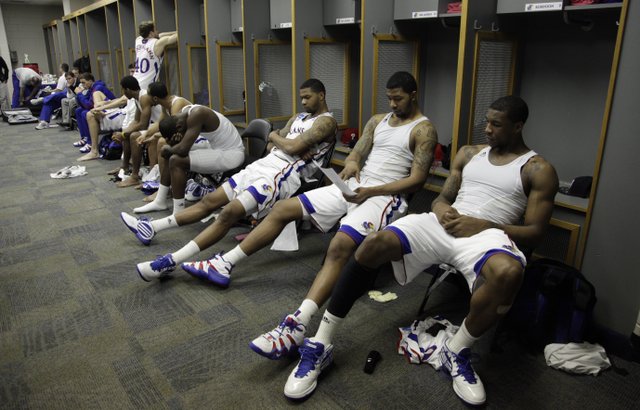 The Morris twins didn’t say if they were staying at Kansas University or leaving for the NBA Draft after Sunday’s Elite Eight loss to VCU in the Alamodome.

VCU's shocking, 71-61 victory over Kansas University in the Elite Eight of the NCAA Tournament, nudged a handful of Jayhawks to talk about their NBA futures a little sooner than they would have liked.