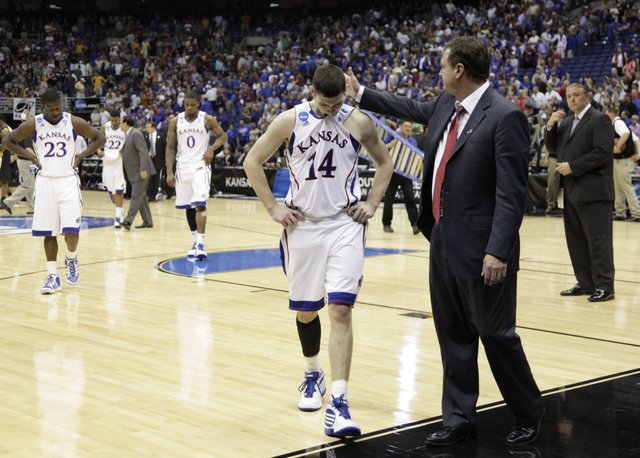 Kansas head coach pats senior guard Tyrel Reed on the as the Jayhawks leave the court after falling to Virginia Commonwealth on Sunday, March 27, 2011 at the Alamodome in San Antonio.

Acknowledging a problem brings a person halfway to solving it. Sometimes, it’s the more difficult half. Bill Self isn’t in denial and volunteered that he has an issue. He can clean a pool table with the best of them, but has trouble putting the 8-ball in the corner pocket.

When he returned to the locker room following Kansas University’s 71-61 loss to VCU on Sunday, KU senior guard Brady Morningstar knew he had to say something.

Thanks for a great career, Tyrel.

he's not patting, he's smacking him! you'r shooting cost us this one ty!