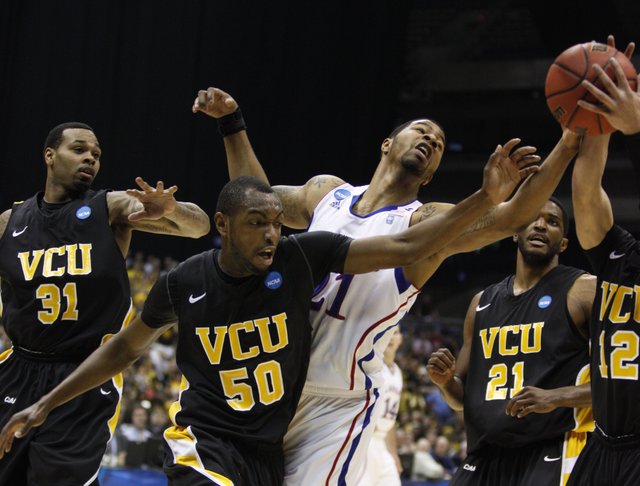 Kansas forward Markieff Morris loses a rebound amidst a group of Virginia Commonwealth defenders during the first half on Sunday, March 27, 2011 at the Alamodome in San Antonio.

For the second time in two games, someone on the Kansas University men’s basketball team tried to use intimidation tactics to rattle an opponent.