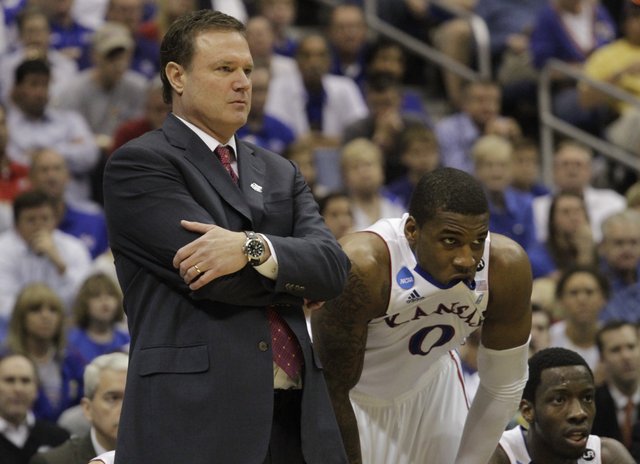 Kansas head coach Bill Self, left, and Thomas Robinson (0) watch from the bench as the VCU Rams jump to an early lead on Sunday, March 27, 2011 at the Alamodome in San Antonio.

Bill Self not interested in coaching in NBA right now

KU coach Bill Self was asked about possibly coaching in the NBA someday in an interview Tuesday with 610 sports radio.