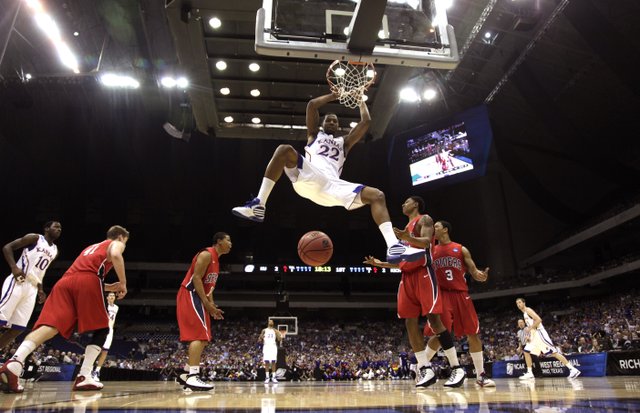 Kansas forward Marcus Morris hangs on the rim after a dunk against the Richmond defense during the first half on Friday, March 25, 2011 at the Alamodome in San Antonio.