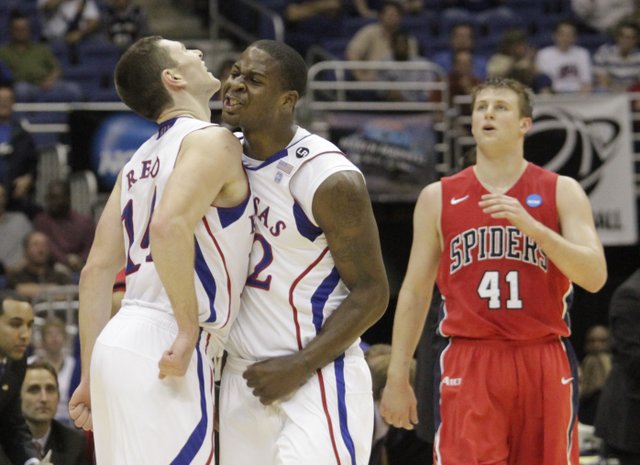 Kansas guards Josh Selby (32) right and Tyrel Reed celebrate a three-pointer during the first half against Richmond on Friday, March 25, 2011 at the Alamodome in San Antonio.

Kansas University freshman Josh Selby didn’t think he ever could get as riled up as teammate Markieff Morris was during the team’s huddle right before KU’s game against Richmond on Friday.