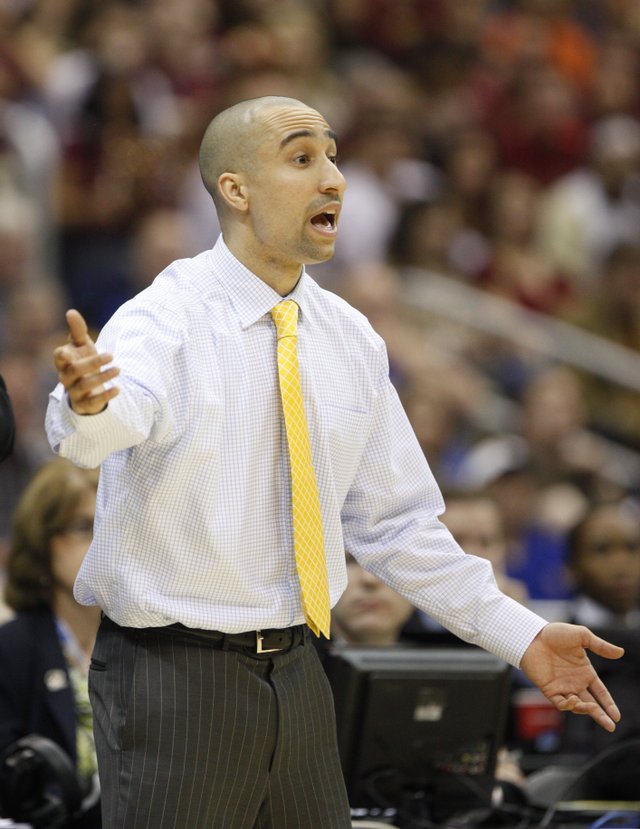 Virginia Commonwealth head coach Shaka Smart gets the attention of his defense during the first half on Friday, March 25, 2011 at the Alamodome in San Antonio.

To appreciate the enormity of Kansas University coach Bill Self’s 11 consecutive Big 12 regular-season titles, consider the background of his opposite number in today’s 1 p.m. tipoff.