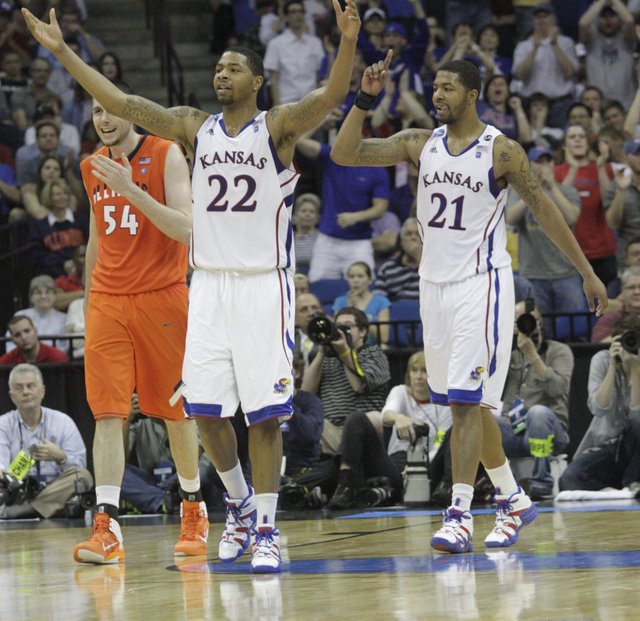 The Kansas men’s basketball program on Monday announced plans to retire the jersey of former KU standout Marcus Morris during a ceremony on Feb. 17, when Kansas plays Iowa State at Allen Fieldhouse. By Matt Tait

The NBA invited KU’s Marcus and Markieff Morris to sit in the Green Room for Thursday’s NBA Draft in Newark, N.J.

Former KU forwards Marcus and Markieff Morris worked out for the Houston Rockets on Tuesday.

Those who look at remaining seeds — and only seeds — have to consider Kansas University’s basketball team the overwhelming favorite to emerge as the Southwest Regional’s representative in the 2011 Final Four.

Love this photo! This was after markieff's monster slam to wrap up the game. Start the bus, this one is over. Hope to see more of the round up in games to come! :-)