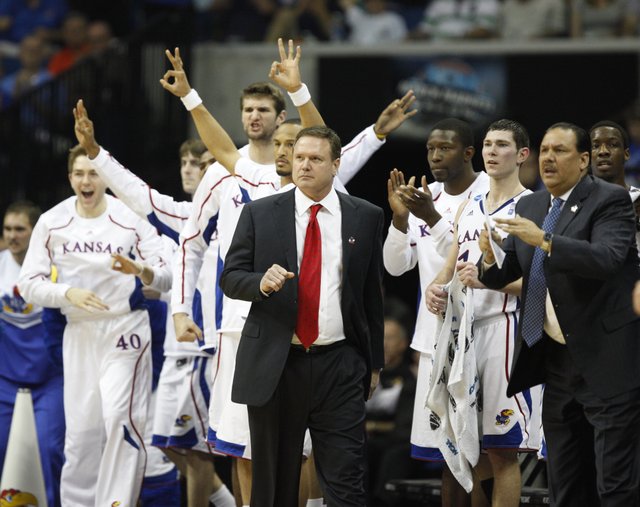 Kansas head coach Bill Self watches with the bench as the Jayhawks make a run against Illinois during the second half on Sunday, March 20, 2011 at the BOK Center in Tulsa.

Batter up: Bill Self to play softball

The Kansas men's basketball team has been picked to finish first in the Big 12 preseason coaches poll along with Texas A&M, the conference announced Thursday.

Bill Self gives update on recruiting during summer teleconference

Kansas University basketball coach Bill Self said on Thursday’s Big 12 summertime coaches call that the Jayhawks may not yet be finished recruiting players in the Class of 2011.