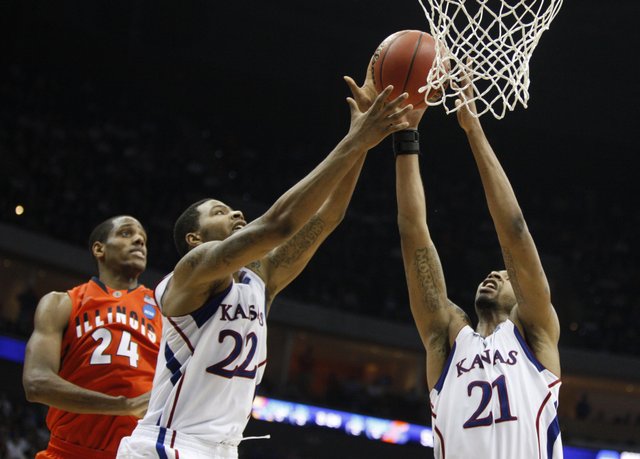 Kansas forwards Marcus (22) and Markieff Morris pull a rebound from Illinois forward Mike Davis during the second half Sunday, March 20, 2011 at the BOK Center in Tulsa.

As honored as former Jayhawk Marcus Morris is to have his No. 22 jersey retired Monday at Allen Fieldhouse, he would love nothing more than to tweak the name on the banner that will be raised into the rafters next to some of the greatest names ever to play at the University of Kansas. By Matt Tait