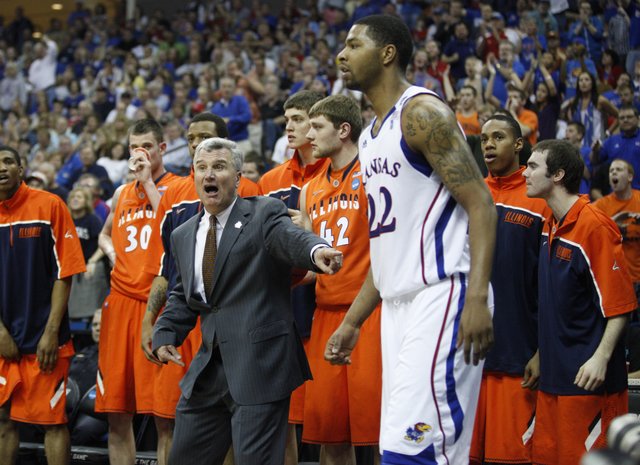 Illinois head coach Bruce Weber tries to convince a game official that a ball was last touched by Marcus Morris during the second half on Sunday, March 20, 2011 at the BOK Center in Tulsa.

Bruce Weber to be next Kansas State coach

Bruce Weber knows that Kansas State fans may not accept him right away. That much became clear when a small rally for another coaching candidate turned into a protest of his hiring.