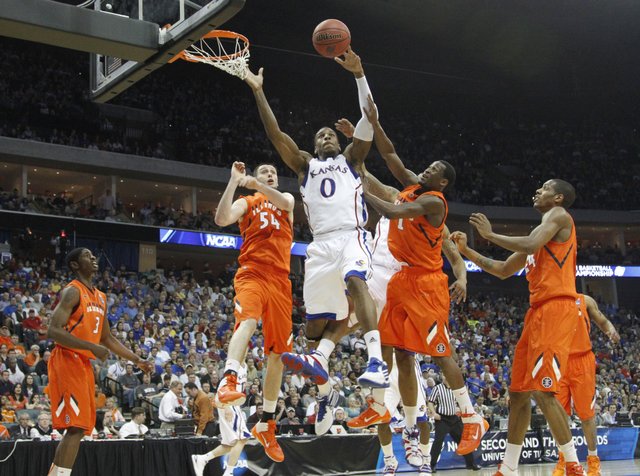 Kansas forward Thomas Robinson battles inside for a rebound with the Illinois defense during the first half on Sunday, March 20, 2011 at the BOK Center in Tulsa.

Kansas University basketball power forward Thomas Robinson reportedly held his own while guarding — and being guarded by — LeBron James in a pick-up game last week at the NBA phenom’s Skills Academy in Akron, Ohio.

Many wondered why so many basketball players would end their college careers prematurely to enter the NBA Draft when the 2011-2012 season is threatened by a lockout.

I get your point about not knowing who will be a good 3 point shooting team 2 or 3 years in advance, but you can schedule a Richmond for example and count on them being a team that presents some of the challenges we typically struggle with and now that there "new" coach is settling in I think they can be fairly consistent.

Another option is Wichita State and I am sure they would love the game. If you want to schedule something for 2-3 years out, consider Wagner. They are going to get alot better with the Hurley brothers there.