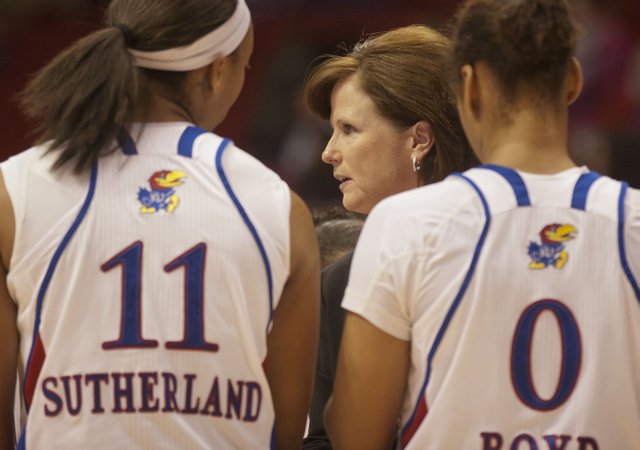 It seems clear that the cases for and against Kansas University’s women’s basketball team being included in the NCAA Tournament field are pretty equal.

Momentum’s on the line in Sunflower Showdown

In the latest Associated Press women’s basketball poll, released early last week, Kansas University received one vote after an 11-1 start to the season.