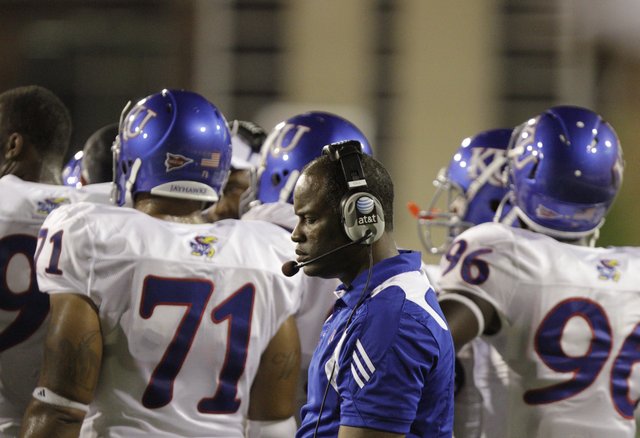 Turner Gill might have achieved the impossible when he posted a winning record at Buffalo, but the job he’s in now might be harder than that.

No easy fixes for KU football

Getting plays from the coaching booth to the field posed a problem for Kansas University during Friday night’s 31-16 loss at Southern Miss.