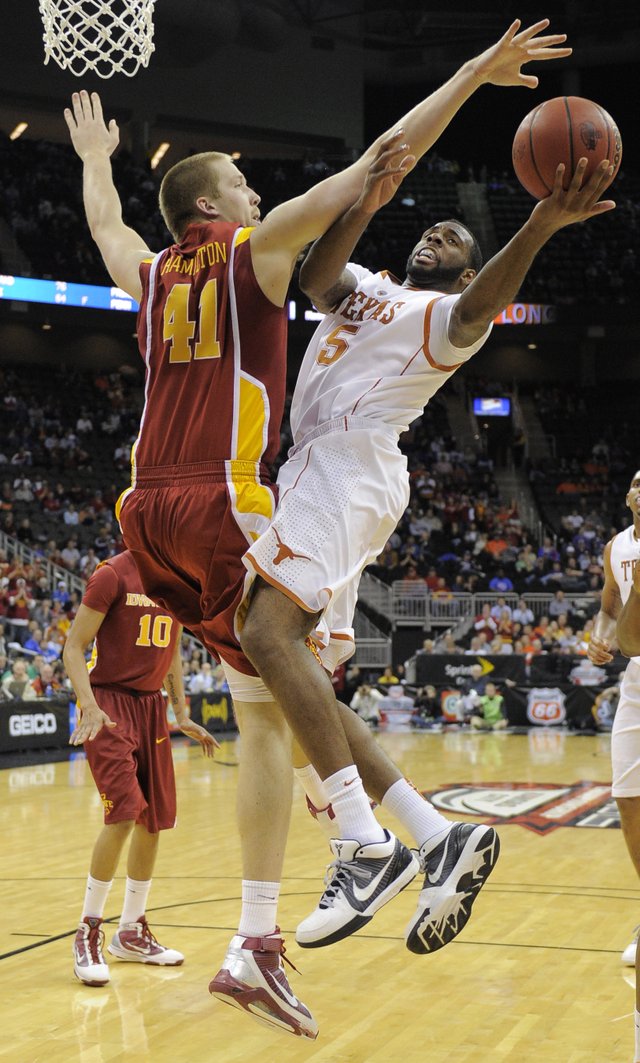 Texas forward Damion James (5) tries to shoot over Iowa State center Justin Hamilton (41) during the second half of an NCAA college basketball game at the Big 12 tournament Wednesday, March 10, 2010, in Kansas City, Mo.

Damion James had 28 points and 16 rebounds, and Texas pulled away from plucky Iowa State on Wednesday night, beating the Cyclones 82-75 in a hard-fought Big 12 opening-round game.