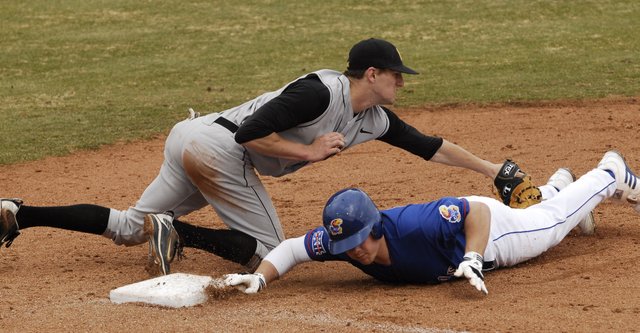 Travis Blankenship, bottom, dives back to first base to avoid being picked off during the first game of KU's doubleheader against Iowa Saturday, March 6, 2010.

The storylines were plentiful Saturday during the Kansas University baseball team’s 8-4 victory against Iowa.