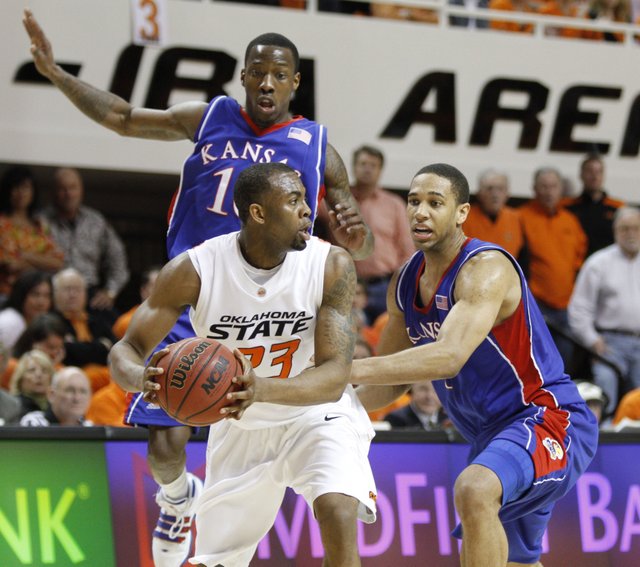 Kansas defenders Tyshawn Taylor, left, and Xavier Henry collapse on Oklahoma State forward James Anderson as he looks for an outlet late in the second half, Saturday, Feb. 27, 2010 at Gallagher-Iba Arena in Stillwater.

Cowboys have standout in Anderson, but they’ve been inconsistent

Like most teams entering this week’s NCAA Tournament as middle-of-the pack seeds, the Oklahoma State men’s basketball team has been a mixed bag of sorts this season, alternating flashes of brilliance (victories over top-10 opponents Kansas University and Kansas State, for instance) with bouts of mediocrity.