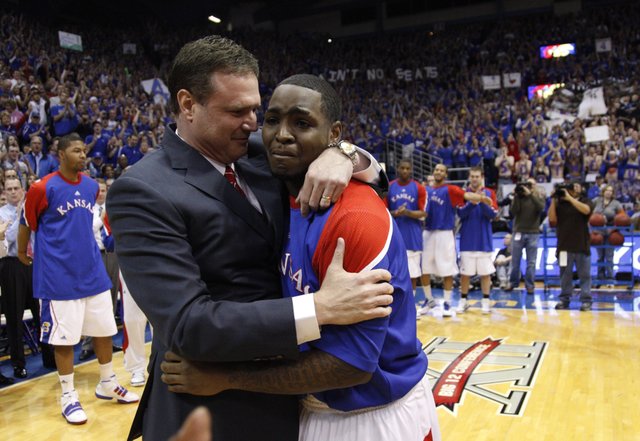 Bill Self, who preaches toughness as much as any college basketball coach in the country, wrapped his arms around Sherron Collins with 30.4 seconds remaining in Kansas University’s 82-65 victory over rival Kansas State on Wednesday night in Allen Fieldhouse.

The Jayhawks used a 27-10 spurt in the second half to send senior guard Sherron Collins to a win in his final home game.

thanks for all the memories. so long, Sherron! we will always remember you! rock chalk!

Thanks for everything number 4!

Thanks for the memories,Sherron! Love ya!