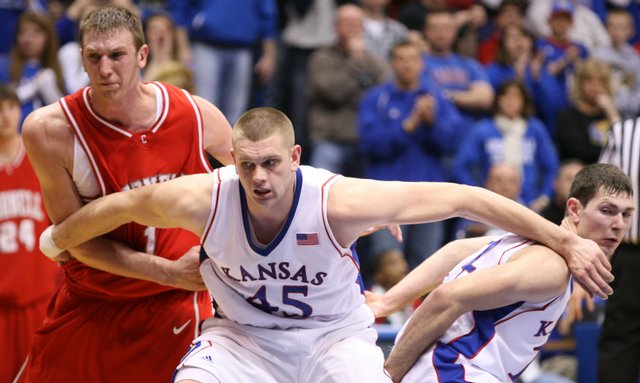 Big Red not intimidated by KU

Generally speaking, there is a moment in every men’s basketball game played at Allen Fieldhouse when the opposing team seems to take stock of its surroundings — Kansas University’s stable of All-Americans, the unrelenting fan base, the decades of history packed into the old venue — and realizes that it’s in over its head.