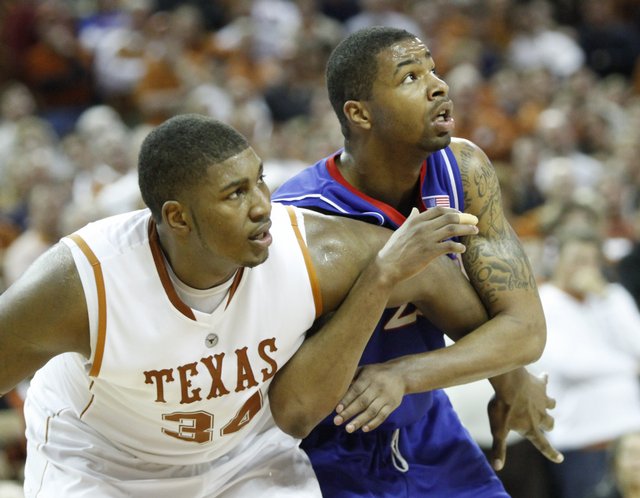 The University of Texas men’s basketball team was a popular preseason choice to advance to this year’s Final Four in Indianapolis. Four months later, the Longhorns aren’t a sure-fire bet to escape the first round of the NCAA Tournament.

Kansas University sophomore forward Marcus Morris will wear a padded bandage on the middle finger of his right, shooting hand the next eight weeks to help heal a torn tendon near the top of the finger, Morris said before Thursday’s practice in Allen Fieldhouse.