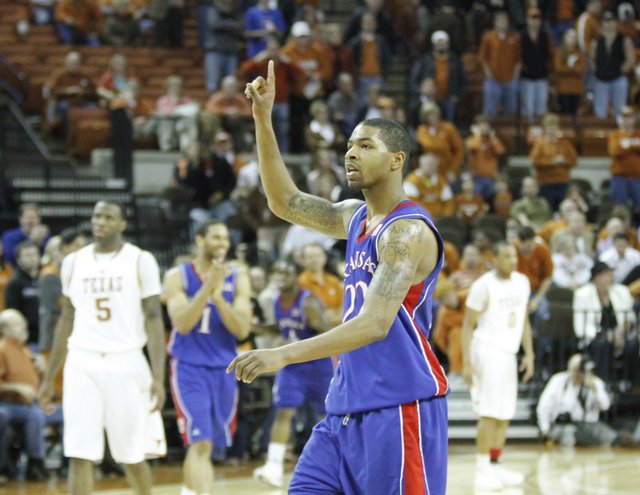 Kansas forward Marcus Morris holds up a number one as the Jayhawks leave the court following their 80-68 win over Texas on Feb. 8, 2010 at the Frank Erwin Center in Austin. The two teams renew their rivalry on Saturday in Allen Fieldhouse.

Kansas and Texas have played some hotly-contested, wildly-entertaining basketball games since the 1996-97 season — the season the Big Eight Conference became the Big 12.

Least not forget KU lost to "SiloTech" by 50 in the sport Bill Self said was "driving the bus" in college athletics just a few short months ago.