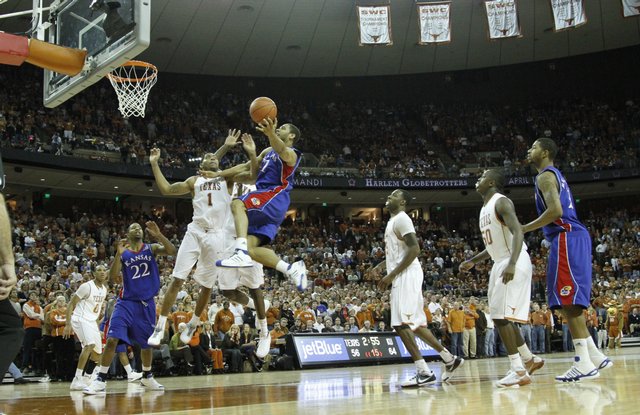 Kansas forward Xavier Henry draws a foul as he flies past Texas forward Gary Johnson during the second half, Monday, Feb. 8, 2010 at the Frank Erwin Center in Austin.

Xavier Henry, congratulations. You just became a Bill Self basketball player, and if you stay that way, you just might win a national championship in your first year in college.

The Jayhawks held the Longhorns without a point for a 10:56 stretch in the first half, using a 22-0 run to pull away.