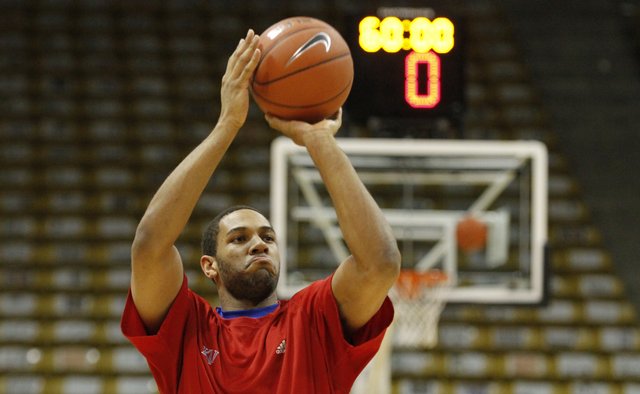 Kansas forward Xavier Henry pulls up for a shot during warmups before tipoff against Colorado, Wednesday, Feb. 3, 2010 at the Coors Event Center in Boulder.

Henry no fan of OU

Xavier Henry’s coaches and teammates tell him there’s one sure-fire way to break out of a slump.

How come we get a shot of X warming up for each set of pictures?