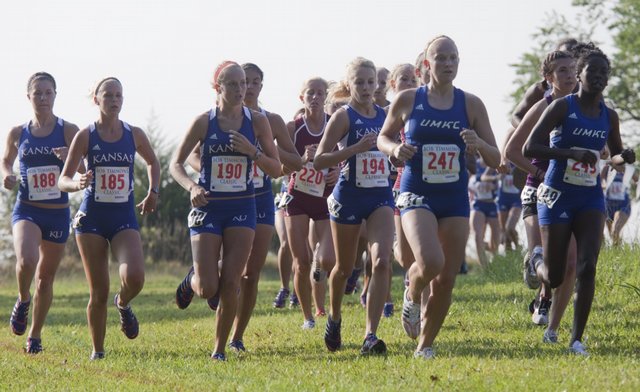 Members of the KU women's cross country team group together during the early part of their 5K run during the Bob Timmons Classic at Rim Rock Farm Saturday, September 5, 2009. Rebeka Stowe (#190) and Kara Windisch (#194) finished first and second, respectively, in the event.

Rebeka Stowe, a sophomore from Olathe Northwest High, paced the KU women to a team championship at the squad’s only home meet of the season.